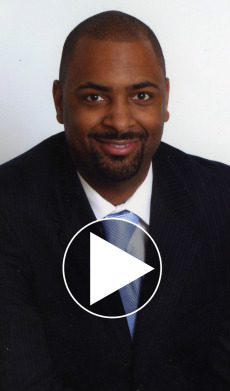 Pastor Derek Hawkins is the proud pastor of the Church of God located in Lothian, MD. A native of Southern Maryland and a third generational preacher, Pastor Hawkins is blessed with the honor of being called to preach in the church in which he was baptized, licensed and ordained. He has served as pastor since August 2008 succeeding his father, the late Bishop George W. Hawkins, Sr.

Building on a great foundation, God has continued to nurture and develop Pastor Hawkins's leadership and ministries at the Church of God. A true visionary for change, he has committed his heart and life to Jesus fully. He has compelled other young adults not to settle and to take their prayer, faith, giving, worship, service and praise to the next level. Pastor Hawkins is motivated by his love for people, his love for preaching and his belief that no one is beyond God's reach.

Pastor Hawkins is a proud graduate of Morgan State University in Baltimore, Maryland where he received a B.A. degree in Political Science. He is married to Mrs. Wauketa Buck Hawkins. They are the proud parents of six children: Alyssa, Julia, Morgan, Derek, Allen, Zoey and Riley.